Crash’s career began at a young age…really young!  At age seven, he was already recording himself playing DJ in his “bedroom studio.” When he turned 14, he hosted on his own part time radio show through high school and college. After graduation, he landed his first full time job in radio.

Crash has since been on the air in cities like Dallas, Oklahoma City, Tulsa and Portland, Maine. In fact, he was a familiar voice on 96-1 here in Charleston from 2104-2017. He’s excited to call West Virginia home once again and has even learned to sing John Denver’s “Take Me Home Country Roads” in seven different languages!

Oh yes, the name? It’s a well earned nickname given to him early in his career after wrecking two radio station vans in the span of three days! Anybody need a lift?

Crash was Country Aircheck’s “Program Director of the Year” finalist in 2014 and has been featured as a spokesperson for Olive Garden, Ford Trucks, Nutrisystem and Suddenlink.

Crash is a big sports fan as well as a music historian. He’s also an ordained minister who can  legally marry people! 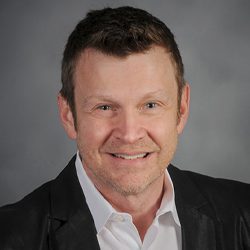